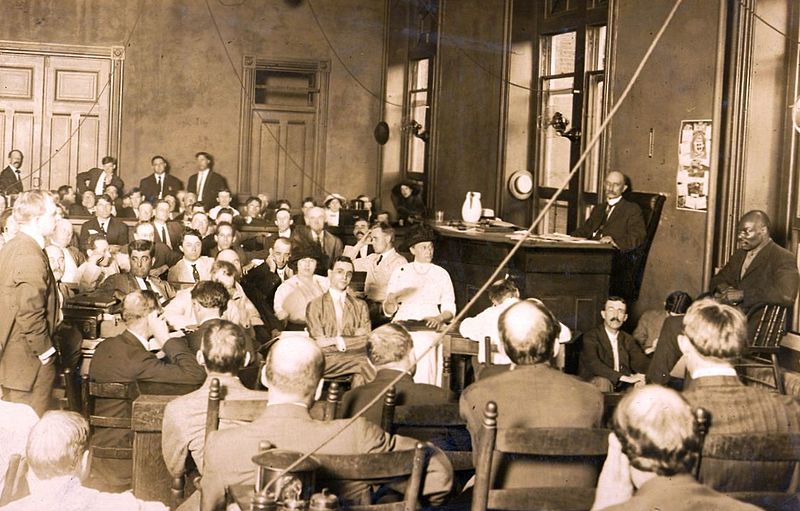 Parade is a musical retelling of the 1913 murder of thirteen-year-old Mary Phagan, and the subsequent lynching of her accused murderer, Leo Max Frank.

On April 26, 1913, Mary Phagan made her way to downtown Atlanta to pick up her week’s pay from the National Pencil Company. It was Confederate Memorial Day and, after collecting her pay, Mary planned to attend the parade with the
majority of the city. At 3:00am on April 27th, Newt Lee, an African-American security guard, found Mary Phagan’s strangled body in the National Pencil Company’s basement. While immediate suspicion fell on Lee, police ultimately arrested Leo Frank, Mary’s boss, a Northern businessman and a prominent member of Atlanta’s Jewish community.

The prosecution based most of its case on circumstantial evidence and the testimony of Jim Conley, an African-American janitor at the National Pencil Company. Conley testified that Frank pursued a sexual relationship with Mary, among other girls in the factory. Conley said Frank accidentally killed Mary when she denied his advances, then instructed Conley to help dispose of Mary’s body.
The prosecutorial team, led by Hugh Dorsey, played on Southern prejudices against Jewish people and Northerners in order to bolster Conley's position as a Southern insider as opposed to Frank, a Northern outsider.  Meanwhile, Frank's defense team leaned on virulently racist tropes in order to play on white fears and ingrained stereotypes of black men in order to bolster Frank’s position.

On August 25, 1913, the jury found Leo Frank found guilty of Mary Phagan’s murder; the Judge sentenced him to death by hanging.  For the next two years, Frank’s legal team filed numerous appeals on his behalf and even took the case to the United States Supreme Court—all while Frank sat on death row. Finally, on June 21, 1915, Governor John Slaton commuted Frank’s sentence from death to life in prison after conducting his own investigation.

On August 16, 1915, a group of men—calling themselves the Knights of Mary Phagan—broke into the Milledgeville prison.  They kidnapped Leo Frank and took him to Marietta, Georgia.  Near dawn on August 17, the so-called “Knights” lynched Leo Frank.

The Leo Frank case—characterized by appeals to racist and anti-Semitic attitudes, jingoism, and xenophobia—led to the founding of the Anti-Defamation League alongside the resurgence of the Ku Klux Klan in Atlanta.