The Nine Mile Run Greenway Project Records (AIS.2006.19A) document a brownfield reclamation project conducted between 1995-2000 in the City of Pittsburgh, Pa. The project was created and coordinated by Reiko Goto, Bob Bingham, and Tim Collins of Carnegie Mellon University’s STUDIO for Creative Inquiry. The records of the project contain material that documents the Nine Mile Run area’s transformation from a brownfield site to a usable urban space that includes both housing and natural environments. 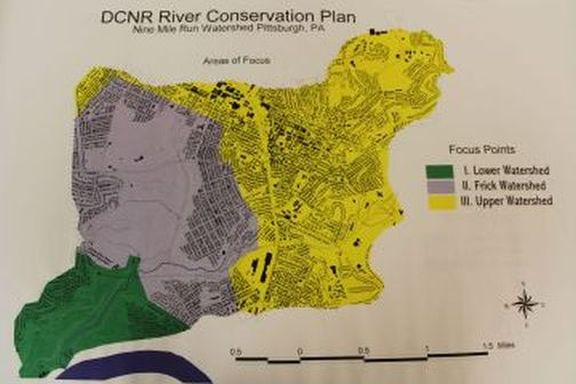