Use this guide to become a fact checker! Evaluate your sources and your facts!

Looking at a News Story

Questions to ask yourself when you hear or read a news story, even those in legitimate news sources:

How to Evaluate Information

On June 26, 2017, the hacker group Anonymous said that they had evidence that NASA was planning an announcement on alien life. The claim was that NASA had proof of life beyond Earth, and NASA would have a news conference later in the day. Many reputable sources, such as Newsweek, published this story as if Anonymous' claims were true. However, whenever you hear something this extreme, your #CheckYourFacts spidey senses should start tingling. NASA refuted the claims, and Anonymous' claims were debunked.

Remember when you read a story, look around for additional confirmation. When a story is "breaking," keep an eye open for updates that may refute or change the initial claim. 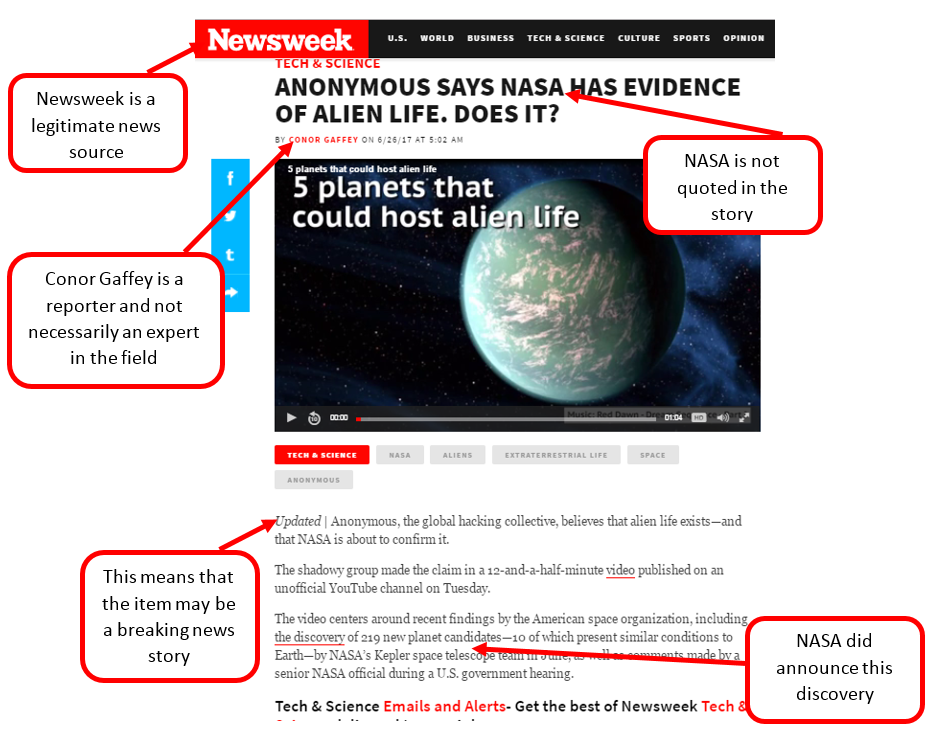