A guide of resources and information to assist freshman students in Dr. Richard Melka's FS 0102 FRESHMAN SEMINAR: Science and Religion Aired April 8, 2008 on PBS
Picture from the NOVA PBS site

This LibGuide provides research assistance to Dr. Richard Melka's Freshman Seminar: Science and Religion.   The guide explains how to locate scholarly articles within the university databases and on the Internet.  It also shows how to properly cite resources along with a tutorial to understand plagiarism.  It provides direct links to PITTCat+, evolution and creationism videos, reference books, online tutorials, and some fun activities.

Also included are landmark court cases for teaching Creationism in the classroom.

religion. (2008). In The Columbia Encyclopedia. Retrieved from http://www.credoreference.com/entry/columency/religion

A system of thought, feeling, and action that is shared by a group and that gives the members an object of devotion; a code of behavior by which individuals may judge the personal and social consequences of their actions; and a frame of reference by which individuals may relate to their group and their universe. Usually, religion concerns itself with that which transcends the known, the natural, or the expected; it is an acknowledgment of the extraordinary, the mysterious, and the supernatural. The religious consciousness generally recognizes a transcendent, sacred order and elaborates a technique to deal with the inexplicable or unpredictable elements of human experience in the world or beyond it.

science. (2008). In The Columbia Encyclopedia. Retrieved from http://www.credoreference.com/entry/columency/science

[Lat. scientia=knowledge]. For many the term science refers to the organized body of knowledge concerning the physical world, both animate and inanimate, but a proper definition would also have to include the attitudes and methods through which this body of knowledge is formed; thus, a science is both a particular kind of activity and also the results of that activity. 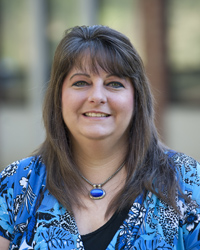