This guide is for members of the Pitt community who need a starting point for finding patent information.

For complete information about patents see the US Patent and Trademark Office's Web pages and see a patent attorney or agent to ensure a thorough understanding.

Brief Definition: A (U.S.) patent is a grant of a property right by the (U.S.) Government to you, the inventor, "to exclude others from making, using or selling the invention." Patents differ significantly from copyrights and trademarks.

All patents must be "maintained" by paying a fee to the US Patent & Trademark Office at certain intervals. If you fail to pay the maintenance fee, your patent expires and you lose exclusive rights to your invention. Only a special act of Congress (pretty rare!) can extend the term of a patent, though certain pharmaceutical patents (a special type of chemical patent, not to be confused with patent medicines) don't require such extreme measures.

Once you have invented something useful and non-obvious (and even before that, probably) you should search existing patents as thoroughly as you can to see whether your invention is indeed novel. You can search for patents yourself at a Depository Library, or have someone else (like a patent attorney) do it for you.

Patent protection granted to an inventor by a government is only valid in the country where the inventor requested it. The rights do not extend beyond that country. For example, U.S. patents are valid only in the 50 states and its territories and do not provide legal protection in any other countries. When you wish to obtain patent protection for the same invention in other countries, you must file an application in each country separately. Attempting to pursue patent protection individually in several countries, however, can be complex and expensive, since each country has its own unique patent laws and practices. Important features in patent laws and practices that are significantly different among various nations are being negotiated under the auspices of the World Intellectual Property Organization (WIPO).

The WIPO is one of the 16 specialized agencies of the United Nations and has its intergovernmental organization headquarters in Geneva, Switzerland. Its main mission is to promote the protection of intellectual property throughout the world through cooperation among nations. (Intellectual property includes inventions, trademarks, industrial designs, and copyrights.) As of February 20, 1997, the WIPO membership includes 161 countries.

You may also search for European, PCT, and Japanese patents from the European Patent Office webpage. (Note: Be sure you have JavaScript enabled when you do a search.) 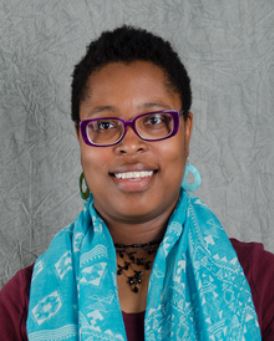 Grateful acknowledgement is given to Leena Lawani of the University of Michigan Library for her permission to reuse elements for this guide.