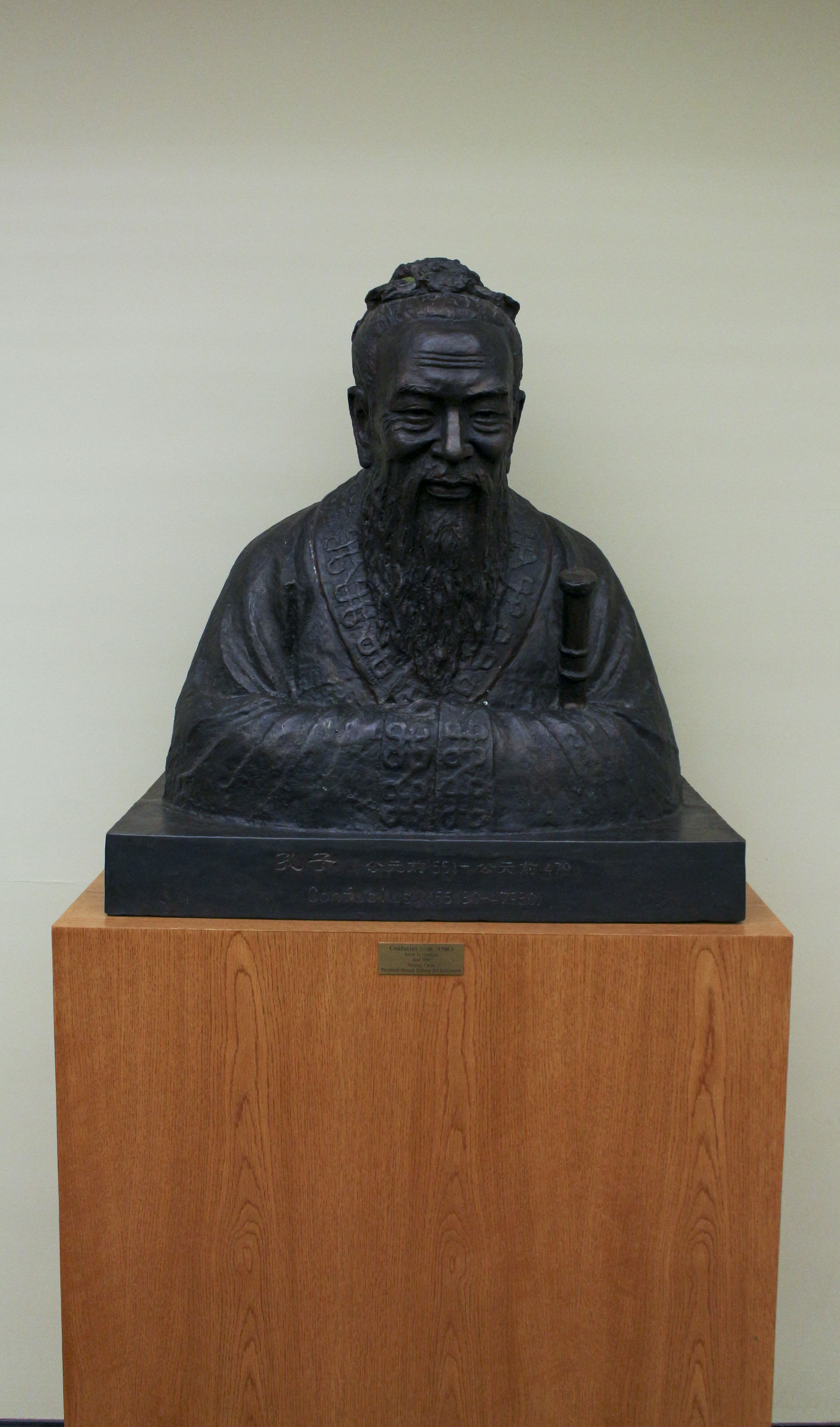 This Confucius sculpture was created by Guangyu Li in 2004.

Welcome to the East Asian Library!

The University Library System (ULS) at the University of Pittsburgh (Pitt) began its Chinese collection in 1960 after Pitt was selected as one of the 20 National Defense Education Act centers for Chinese studies. Five years later, the East Asian Library (EAL) was established to include the Japanese collection as well. The Korean collection has been systematically developed since 2003.

Today, the EAL has grown to become one of the most prominent East Asian collections in North America. As of June 2016, the library ranks the 15th in size among East Asian collections in North America and is the largest resource center in the Tri-state area (Pennsylvania, Ohio, and West Virginia). The library's primary mission is to support the Asian Studies Center (ASC) for instruction and research in Chinese, Japanese and Korean studies.

*The Chinese emblem of EAL was written by Wang Xizhi (王羲之, AD303-361, also Wang Hsi-chih ). He was a famous calligrapher who lived in the Jin Dynasty. His masterpiece has been studied by generations of students and used as examples to learn and practice the art of calligraphy. We collected the characters he wrote and modified them a little bit to create our Chinese logo. Click to view the Fullsize EAL Chinese Logo.

August 23, 2018 update: Our offices are now on the newly-renovated fourth floor of Hillman! Come to see us in room 420.

For now, our CJK collections will remain in their current position on the second floor. 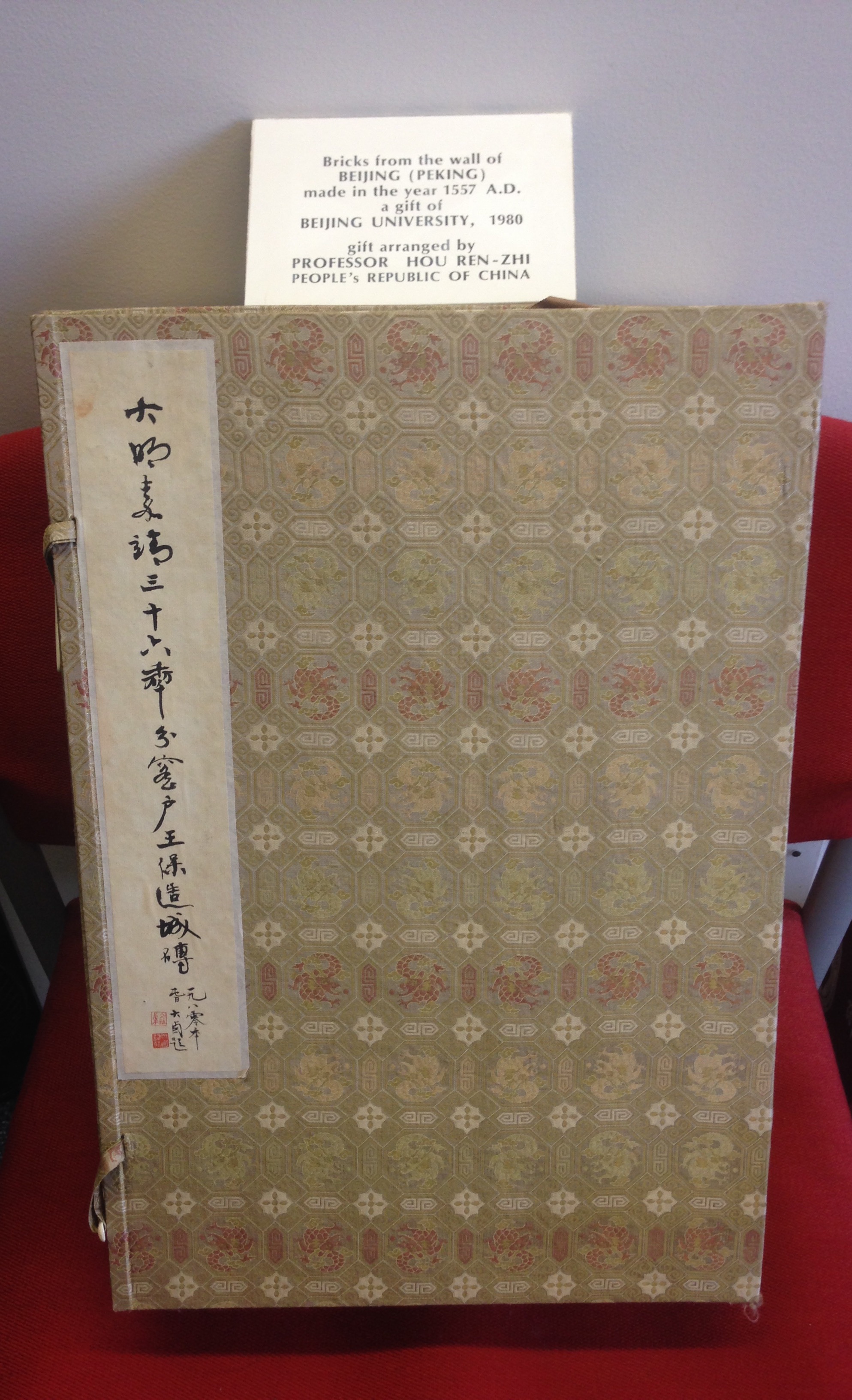 This is a brick from the ancient city wall of Beijing. It was made in 1557, in the 36th year of the reign of the Jiajing Emperor of the Ming Dynasty (1368-1644). The brick is carved with the words “嘉靖三十六年分窯戶王保造,” denoting the time of the brick’s creation and its maker’s name.

In summer 1979, a group of visiting scholars from the University of Pittsburgh went to Peking University for an academic exchange. At that time, Beijing was undergoing much urban construction, and some of the original city wall was being dismantled. One of the scholars asked to keep a brick from the wall as a souvenir of the exchange between the two universities. Peking University sent an application to the government unit in charge of cultural relics. Beijing’s local branch of this unit took responsibility for preparing the brick for delivery to the University of Pittsburgh.

The East Asian Library at Pitt consists of over 490,000 volumes/items in Chinese, Japanese, Korean, and English. The primary focus of the collections is humanities and social sciences.

Applications received before May 31, 2019 will receive priority consideration. To apply, please send a letter of application with a brief description of your research topic, a curriculum vitae, the type/subject of materials you need, and an estimated budget to Haihui Zhang, Head of the East Asian Library at haihuiz@pitt.edu