This seminar, which is a prerequisite for the Center for Latin American Studies Field Trip, provides students with an overview of the Yucatan region of Mexico, and of the city of Valladolid and a foundation for conducting their research. (2174_ARTSC)

Chicxulub Crater is an ancient impact crater buried underneath the Yucatan peninsula, with its center located approximately underneath the town of Chicxulub, Yucatán, Mexico. Later investigations suggested that this impact structure is dated from the late Cretaceous, about 65 million years ago.﻿ 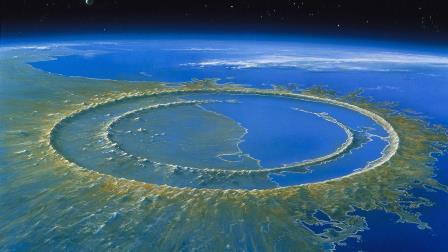 An artist’s impression of what the Chicxulub crater might have looked like soon after an asteroid struck the Yucatán Peninsula in Mexico. Researchers studied the peak rings, or circular hills, inside the crater.CreditDetlev van Ravenswaay/Science Source.