This guide is intended to provide an overview of resources available at the University of Pittsburgh for music-related research and study.

The Music Periodicals Database (formerly known as International Index to Music Periodicals) draws its current content from more than 375 international music periodicals from over 20 countries, and also indexes feature music articles and obituaries appearing in The New York Times and The Washington Post. IIMP covers nearly all aspects of the world of music, from the most scholarly studies to the latest crazes.

Including abstracts and some full text, IIMP is especially recommended for undergraduate-level music research.

Although it is not strictly a music database, the Performing Arts Periodicals Database (formerly known as International Index to Performing Arts) provides citations to periodicals dating back to 1998 and does contain significant music-related content.

Entertainment Industry Magazine Archive is an archival research resource containing primary sources for studying the history of entertainment industries, from the era of vaudeville and silent movies through to 2000. The core US trade magazines covering film, music, broadcasting and theater are all included, together with film fan magazines and music press titles. Magazines have been scanned cover-to-cover in high-resolution color, with granular indexing of all articles, covers, ads and reviews.

Music periodicals include journals, magazines, and other publications that appear at regular (or sometimes irregular) intervals. Music periodicals cover almost the entire gamut of subtopics within the field of music, with some being very specialized. Some of the most prominent music journals are those published by leading professional organizations such as the American Musicological Society, the Society for Ethnomusicology, the Society for Music Theory, and the Music Library Association. The New Grove Dictionary of Music and Musicians, accessible through Oxford Music Online, contains a comprehensive list of music periodicals from their early stages through the 20th century. Like any publications, periodicals maintain their own specific sets of editorial policies and biases, which readers should keep in mind when using them.

Pitt subscribes to a number of periodical indexes that specifically provide access to articles in music periodicals. This page provides an overview of these indexes. 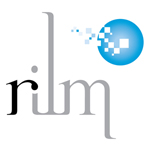 RILM is especially recommended for graduate-level research in the field of music.

The Music Index is an index of popular and classical music articles in periodicals going back to 1976. It contains cover-to-cover indexing and abstracts of articles about music, musicians, and the music industry for more than 480 periodicals, as well as book reviews, obituaries, news, and selective coverage for more than 200 periodicals. The comprehensive coverage of the music field and every aspect of the classical and popular worlds of music makes Music Index an invaluable resource for both novice and scholar.

The Retrospective Index to Music Periodicals, or RIPM, is an index to international music periodicals published between 1800 and 1950. The information is treated as primary source material for historical and musicological research, so all parts of the journals are indexed in addition to the articles. Although it does not contain abstracts or full text, it provides access to many older publications that are not covered by the other music periodical indexes.