Resources and techniques for finding information about Jewish Studies

We are fortunate in Pittsburgh to have a vibrant Jewish community, established in the 1840s by Jews moving to Pittsburgh from Germany. The growth and development of this community has been documented by synagogues, community organizations, Jewish newspapers, and social service agencies.

The Rauh Jewish Archives at the Heinz History Center was created in 1989 to collect, preserve, and make the following materials available for scholars and the general public: letters, photographs, scrapbooks, diaries, and correspondence representing Jews from all walks of life who contributed to the ethnic fabric of Western Pennsylvania. The Rauh Jewish Archives holds personal papers and photographs, oral histories, and the records of organizations, synagogues, and businesses. They have created a very useful timeline of the Jewish presence in the Pittsburgh region to pull all of the cultural, historic, and religious elements together.

In addition to their physical collections at their location in the Strip District, the Archives has collaborated with some of the local  libraries, synagogues, and organizations in making their materials available in digital format. The University of Pittsburgh is one of those partners and the host of a web site called Historic Pittsburgh. There are finding aids of many collections within Historic Pittsburgh, as well as photographs from important organizations, including the Hebrew Institute Photographs, the Irene Kaufmann Settlement Collection, and the Jewish Sports Hall of Fame of Western Pennsylvania Photographs.

In addition to these artifacts of local Jewish history, there are a number of print collections held in the Archives Service Center of the University Library System. Examples of these include records of the local Hadassah, B'nai B'rith, and National Council of Jewish Women chapters, local synagogue minutes and reports, and records of the Jewish Community Relations Council. There are also finding aids for many of these collections created to guide users through the materials.You can search for these finding aids here.

A collaborative effort between Carnegie Mellon University, the Rauh Jewish Archives and Rodef Shalom Congregation Archives produced the Pittsburgh Jewish Newspaper Project. This collection consists of digitized versions of the local Jewish newspaper, The Jewish Chronicle, and its predecessors, The Jewish Criterion, and The American Jewish Outlook.  Users can search the site; the coverage ranges from 1895 to 2010. To quote from the website, "digitized page images capture daily life in Pittsburgh from the 1890s to the present, with particular focus on Jewish communities."

Another source of information about the local Jewish community can be found in Duquesne University's Archives and Special Collections Department at Gumberg Library. One of the larger collections there is the Rabbi Herman Hailpern Collection, consisting of more than 2,600 volumes focusing on Jewish-Christian intellectual interaction and theological issues during the Middle Ages. Rabbi Hailpern was the rabbi at Tree of Life synagogue from 1922-1967 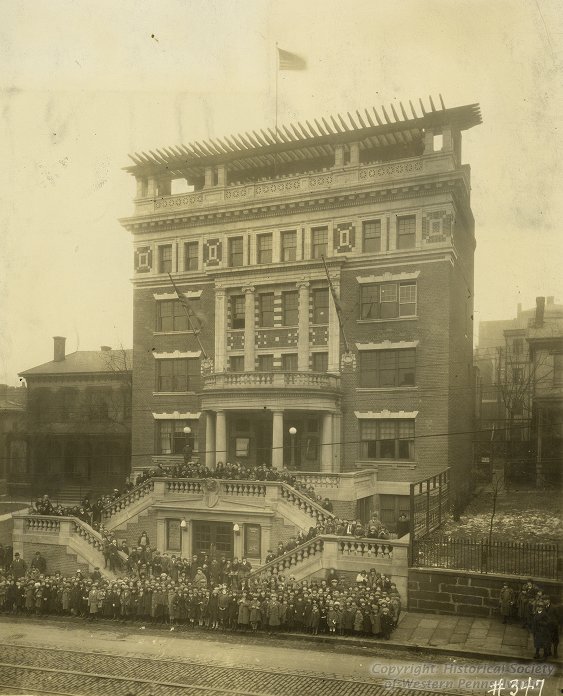